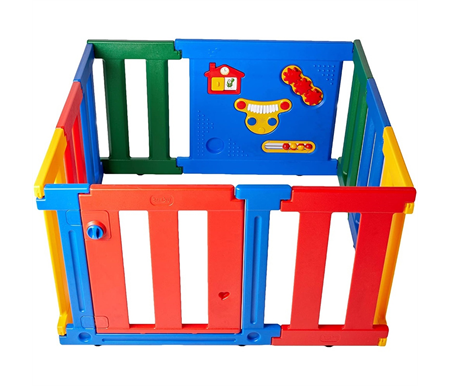 The Tikk Tokk Advanced Nanny Panel Playpen is Australian designed playpen with gate and activity panel. The gate has a double lock safety mechanism and locks simultaneously at both the top and bottom. The activity panel was designed to provide maximum sound, motion/moto as well as visual stimulation.